There are several different ways to assess the health of your bones. The most popular method is by looking at your bone density to see if it is adequate for your gender and age. Osteohealth NZ in Burnside uses a form of ultrasound technology to detect low bone density in women and men over 30 years of age.

Osteoporosis is a "silent" disease, meaning that there are no symptoms until a fracture occurs. And while it can be difficult to treat, it is almost 100% preventable. 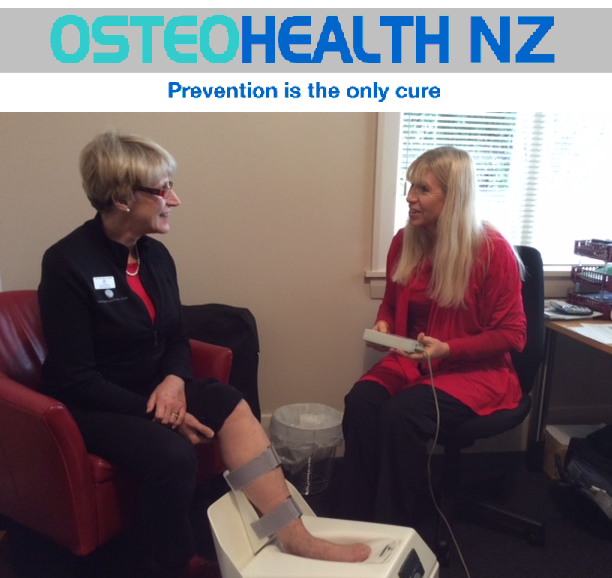 The limitations of BMD testing

While the bone density measurement indirectly estimates the mineral content of bone at any given time, the tests of bone mineral density do not reveal what is currently happening within bone. For example, your ultrasound might say you have low bone density as compared with the standard young reference range, but this does not give a sense of whether you have had thin bones since youth, or whether something caused you to lose bone after reaching a peak bone mass. A single bone density measurement also cannot distinguish if you are currently losing bone and thus experiencing ongoing bone density reduction. Regular tests are therefore best used as a way of looking for ongoing changes in bone over time.

Also, it’s important to realize that body type matters: people who are naturally thinner will always have lower bone density than their heavier counterparts. This does not mean they will automatically develop osteoporosis or fracture, but it does mean that in conjunction with other risk factors, such as poor diet, smoking, and a worried or anxious outlook on life, such thin people may be at a disadvantage when it comes to fracture risk.

Steps you can take to optimise accuracy in BMD tests

Always schedule your BMD test for the same time of year. Bone density fluctuates with the seasons, as sunlight and vitamin D production decline in winter months.

Always have your BMD test done with the same organisation and on the same machine. This will limit variation because of differences in technology used and machine calibration.

At Osteohealth NZ, we look for trends over time in bone density, but don’t get overly concerned with small variations. Significant changes are rarely seen in less than two years, so we recommend people with below average bone density get a scan done every two years. And in line with the most recent European and Canadian research we suggest that scans are done every five years for most other people.

Reply FeenceRot
12:30 AM on September 15, 2021
http://buyzithromaxinf.com/ - methotrexate without a prescription